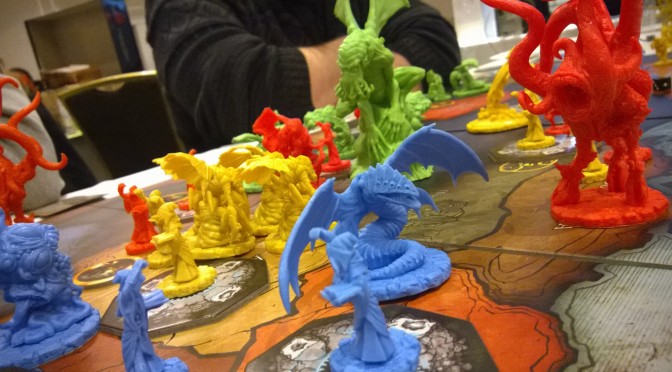 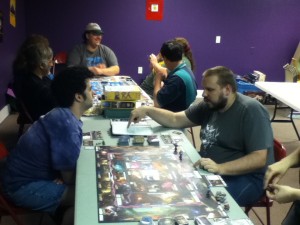 Every month, sometimes twice a month, my local game shop, Rivendell Books and Games, puts on a Saturday Board Game Nite. Admission is free, and gamers are encouraged to bring and play whatever manner of game tickles their fancy. We also have a selection of stored owned games on-hand too. Couples come in to play, as do entire families and we always have a healthy and diverse turn out for every event. We encourage people to mingle and to try out games that they may not have otherwise bought or played for themselves.

So this lend me to thinking….are we now in the Golden Age of Board Games? Are we in a gaming Renaissance? 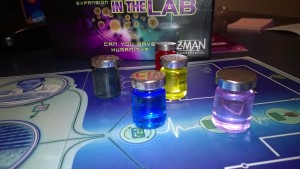 In today’s world, with our video game culture, the concept of sitting around a table rolling dice and moving pieces seems archaic. But a large and growing board-game subculture is not only thriving, but may actually be growing so much that it may not be a subculture any longer! 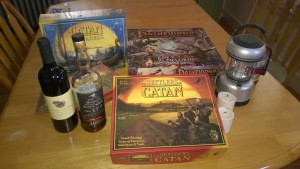 Since the explosive introduction of Settlers of Catan and Carcassonne (and other Euro-Games) some years ago, a rapidly expanding marketplace has given rise to a new wave of publishers and designers, most of which have brought a new sense of creativity and innovation.

Moving beyond the old mass-market favorites of the past, this new community of independent designers and publishers has been producing exciting and innovative games at a staggering pace. Games are better than in the past and designers are turning out products with thought-provoking mechanics and breathtaking artwork as fast as their customers can buy them up. 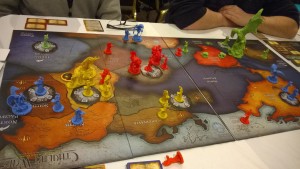 The internet has been a key factor in the growth of tabletop gaming. Blogs, social networks and online videos have all contributed to creating word-of-mouth buzz for the board game boon. Smartphone, tablet, and computer apps have given new and old players an inexpensive way to try digital versions of board games before buying physical copies. Online retailers, specialty shops, and game cafes have all made games more easily available than in the past, allowing gamers to try out games with friends before they buy.

So, all in all, it’s a great time to be a board gamer….if we’re not in the Golden Age, we must be damn close! 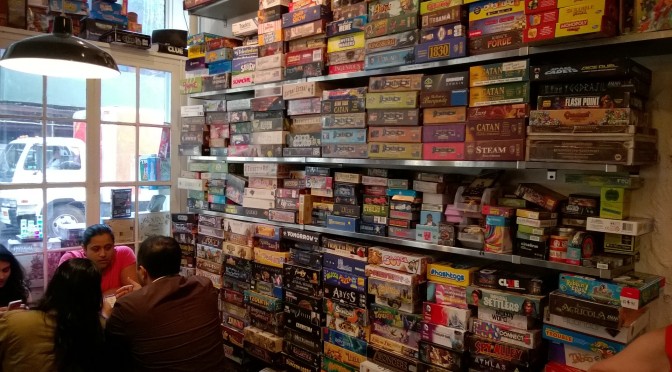 There’s a lot of talk about the impact of on-line retailers and the “death” of the local gaming store. There are even some closed minded curmudgeons (mind you I’m a curmudgeon myself so this is not light criticism) who think board and card games are on their way out due to the electronic alternatives.  I’d have to be a fool not to recognized that the terrain is changing, or to not see that we’re in a transitional period. It’s a fact, in this day and age we have more stuff to fill up our spare time than any other time in history. Just look at my Netflix queue, my unpainted miniatures, underplayed games and unfinished game concepts if you need proof.

The Fate of the Local Gaming Store 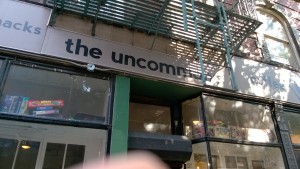 The fact is, as with all retailers in the age of Amazon, that the local gaming store needs to adapt. 20 years ago there were only a handful of places you could get obscure games,  specialized imports or rare small print run indie 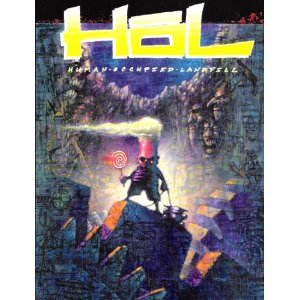 RPGs (anyone remember HoL?) So today’s game store owners need to adapt to compete against the discounted prices and vast inventory of the online retailers, The way most have done so is to create a community of gamers and given them a place to meet and play together. I came across one such place during my travels in New York City wandering around Manhattan. The place is called 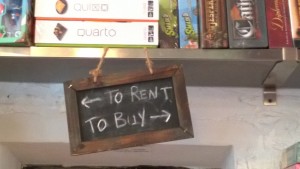 “The Uncommons“, a coffee shop and local game store where you can buy or rent games to play with friends and strangers. It was doing a fair amount of business for a 4th of July Saturday  afternoon. The selection of games to rent was impressive, the ones to buy admirable (about half the shelf space of the rental games), but I’m sure they would bring in any thing you wanted special order. It had the feeling of a mini-convention, where people came to try new games of meet new players. 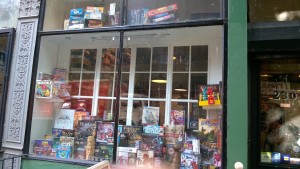 There is many local gaming stores that have done similar things, putting large war-gaming tables with exquisite model terrain to bring in the war-gamer crowd.

We’ve based our company out of shared space with Rivendell Books & Games in Rehoboth, MA where the owner has a open gaming nights twice a month as well as the usual Friday Night Magic and Star Realms tournaments.

Do you have a favorite gaming space or combo-gaming and social outlet? Please comment and let us know. Also please like and share our posts to really help getting the conversation going! 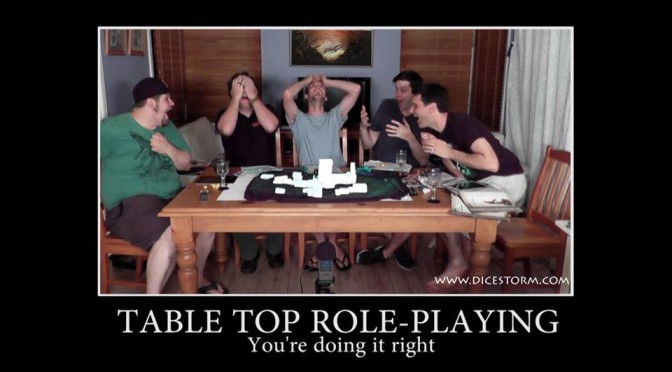 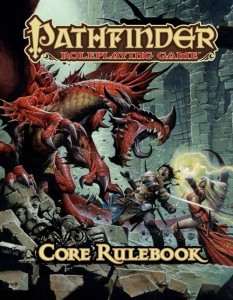 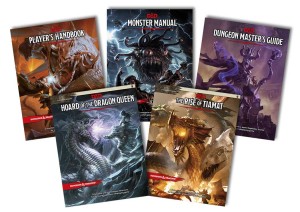 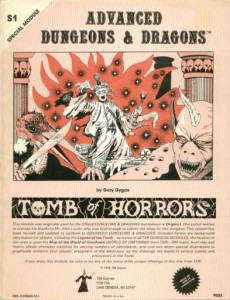 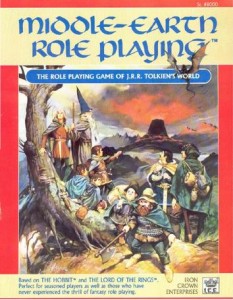 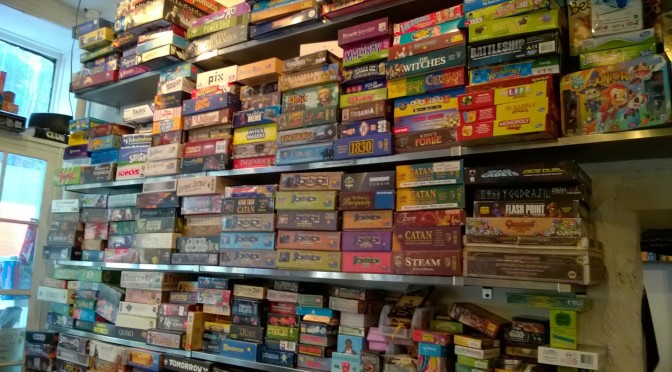 So this past weekend I participated in another great Game Nite event at the best gaming establishment in the world…Rivendell Books and Games! We had a great time with great people and there was great selection of games on hand.

I myself ended up playing two games I had never played before; a classic Aliens game from “waaaaaay” back in 1989, a newer game called Gravwell (thanks Mike P. for bringing these in!), and we started the night with a Star Realms Tournament. I had a blast…as did all the attendees, playing whatever games they had going on!

Then, as the night was drawing to a close, I looked over at the shelf I have at our play area….and saw all the tabletop games we didn’t get to! 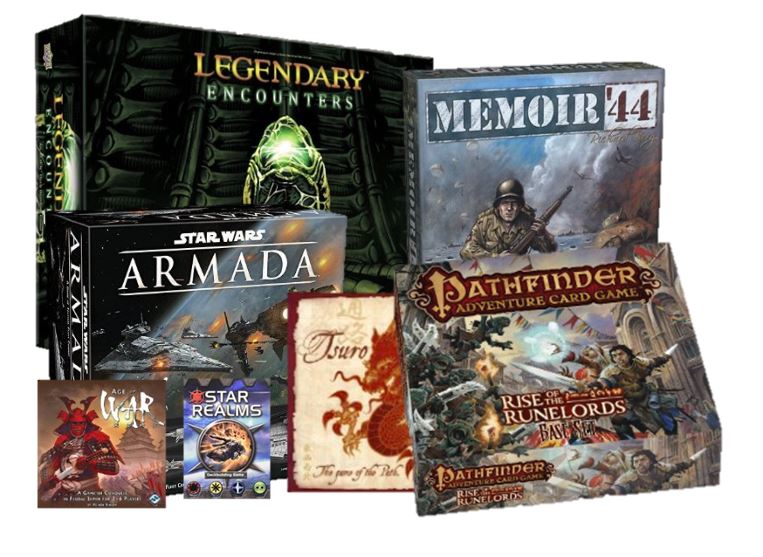 There was my D&D Attack Wing…un-played since the first week I acquired it!

Next to that was my Pathfinder Card Game…with most of its expansions still encased in their original cellophane wrapping!

Memoir 44 was there, unused since that first initial month when we played it weekly!

Star Wars Armada and it expansions sat there too, waiting to be played for the first time!

And that’s just some of the games I keep at the store, never mind the ones I have at home!

Who knows when I’ll get to play in an RPG campaign again!

So, here I type and lament that I am surrounded by all these wonderful games and I just can’t play them all!

I am really not complaining too loudly though….I do get to play something (or multiple somethings) every week and on multiple nights.

It’s just that sometimes it feels like there are too many tabletop games and not enough time!

Until next time….always be playing! 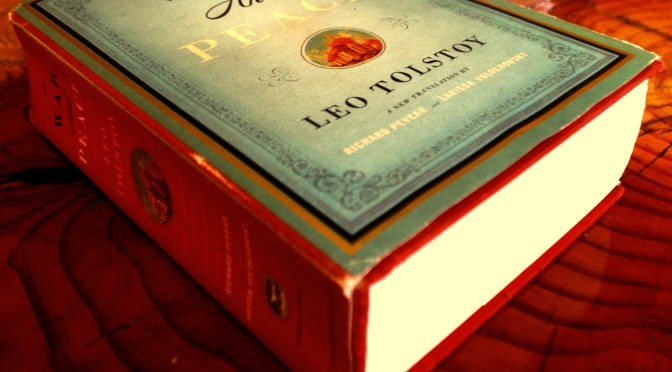 Welcome back my friends, to the show that never ends!

Another week, another article!

And here I sit; scratching my “follicle-ly” challenged pointy head as I try to think of something to say that will be interesting and newsworthy to you all!

Y’know, the two biggest problems with writing these weekly “state-of-the-business” missives is that:
A. It is hard to write about something that has yet to be released to the general public…and…
B. I have no idea if my words are reaching anyone! 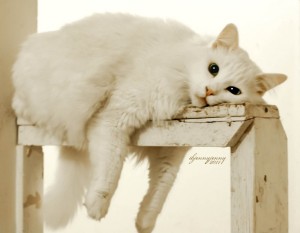 I mean I am not trying to go for some deep world-changing existential prose here. I am not writing the next War and Peace. I am just trying to keep you all informed on the state of MR20….and this week I hit a roadblock!

I guess could tease out that we do have an “event” coming up in June!

Or that we may be an actual legal company in the very near future!

Or that, so far, most of the folks who have playtested our first game have actually liked it enough to the point that they even want to playtest it again!

Or that all of us here at MR20 are having a blast developing our games, despite all the work that has been and is yet to be done!

Oh well…stupid roadblock…maybe I will just go and re-write War and Peace!

Until next time….stay frosty!

Is There Still a Place for Board & Card Games For Kids in the Modern Home?

The Wall Street Journal On-line posted a video that covered the benefits of teaching your kids to play card games at a young age; and while they focus on traditional card games, I couldn’t agree more.

In recent years card games have fallen out of favor with the modern family as our personal devices pull us away from the social interaction that a lower tech diversion can provide. When I was a kid I have great memories of playing Rook and Miles Bourne with my family on camping trips and New Year’s Eve, and clearly as an inspiring game designer I feel strongly that card and board games have a place in the home. I also agree that such games help develop social and life skills that a developing child will find incredibly valuable, including how to win and lose gracefully, how to read people and how to think strategically,

The first game we are developing is something that definitely could be a family game and we will have more details about it as we get closer to a release date. It has math, symbol recognition, tactics and long term strategy. But in game you could find to play with your family, either on-line or at your local gaming store there’s Munchkin, Love Letters, the Adventure Time card game, or the old stand by of Uno. For those with older teenagers there’s King of Tokyo, Settlers of Catan and many more.

There are a lot of options available to you as you set out to plan a family game night, the challenge is keeping it happening so it has a chance to become a tradition in your home.