Steve has been a gaming enthusiast his entire life, starting, like most people his age, with those great old Milton Bradley staples. His foray into the world of RPG’s began in the early 80’s, first with D&D, then AD&D, and then with Middle Earth Role Playing. He came to the wonderful world of Magic the Gathering a bit late, as he stopped off first with a stint of Avalon Hill wargaming and Hero Clix. He still occasionally travels to several gaming/comic conventions each year while also helping out with events at his local gaming hangout; Rivendell Books and Games. As one of the founders and game designers in Move Rate 20, he has now taken his lifelong love of gaming to the next level.
Steve was born a long time ago in a galaxy far away and has lived his entire life in Southern New England. He is happily married and has one son. He is proud of the fact that his offspring is becoming an avid gamer!

Rob is the owner/operator of Rivendell Books & Games in Rehoboth, MA, the unofficial headquarters of Move Rate 20.  He performs a variety of tasks, including game design & development, writing/editing, social media (still learning!), as well as morale officer.   He is a single parent to two amazing kids. 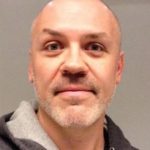 Jim Fitzpatrick has been a software developer for a large, Massachusetts-based company for over twenty years, and a member of Move Rate 20 Games for just under a year. His interests, besides gaming, include sci-fi media, musical theater and comic books. After playing popular games such as Dungeons and Dragons and Magic:The Gathering for decades, he found his way into game design by talking to Move Rate 20 members during their first year of game development, and has been a partner for just under a year. His first game, Mission to Planet Hexx! began playtesting in the spring of 2016. He enjoys demoing games and taking Move Rate 20’s games on the road, for the whole world to see! 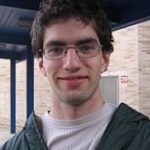 James is the youngest member of the group. He is a prolific gamer that has been playing since a very young age. Exposed to D&D as a toddler on his father’s lap, it would be more surprising if he didn’t grow up with a love of gaming. These days, when he’s not helping to create games, he can be found playing in one of several RPGs , Magic, or one of the numerous new board games coming out. Within Move Rate 20 Games, James is primarily responsible for play testing and drafting rules.
Currently playing: D&D 3.5, Pathfinder, Monster of the Week, Gloomhaven, Magic: The Gathering, Lord of the Rings LCG, Smash